This year, in the days and weeks leading up to Christmas, one of my favorite songs has been running through my mind, "Mary Did You Know". Clay Aiken's voice makes the words resonate in my heart. While I'm listening and singing along to it, I think of something that is not mentioned in the lyrics and want to ask, "Mary, did you know that your Baby Boy will die a tragic, painful death? Mary, did you know you will only have Him for 33 years? Mary, if you knew the pain and loss you'll suffer, would you still have been so joyous when the angel shared the news?"

Why didn't God tell her what was going to happen to Jesus? Why did He only have the angel say to her, 'He will be great and will be called the Son of the Most High. The Lord God will give him the throne of his father David.... his kingdom will never end.' Luke 1:32/33(b) From this statement it sounds as if life would be all good for Jesus.... not just good, but great! It doesn't mention pain and suffering...

Then I think about losing Austin. If 23 years ago I had known the exact amount of time I would have with Austin and how he would die, would I have focused more on the fact that I was going to lose him, rather than enjoying the time I had with him? Would the time I did have with Austin been clouded, knowing how it would end sooner than I wanted it to? Would I have felt pressure to make sure certain things happened before he left us, instead of loving who he was at each point in his life? Would the joy of Austin's birth been less because at the same time I was thinking I would only have 21 years with him, which is not nearly enough time in my book? 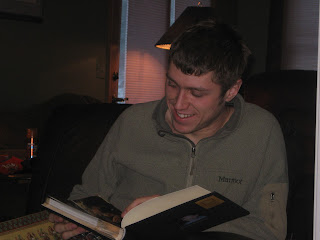 Our minds have a preconceived idea of how life should be. We're born. We grow up, get married, have kids. Our kids get married and give us grandkids. We get old and our time to leave this Earth comes before our children's. The end.... This is the way it's supposed to be. But, life rarely works out exactly as we plan. The way we think things should happen and the way they actually do sometimes conflict. In actuality, there are only 2 things guaranteed: we were born and we will die. The way the rest of our story unfolds often remains a mystery until it happens. Sure, some parts we seem to have a say in, but others not so much.

Yesterday marked the 18 month anniversary of Austin leaving us. It has been 18 months and 2 days since I last spoke with Austin on the phone, since I told I loved him. As I reflect on this and on the question, "On the day Austin was born do I wish I had known how long I would have to hug him and love him?" the answer comes to me quickly. "No. Because I know I would have spent much of that time worrying, counting down the days, all while losing out on enjoying the actual time I had with him - both the ups and downs of raising him to be the beautiful, caring young man he was becoming.

Then I think about Jesus' story some more. God sent His son to Earth, knowing what was going to happen, knowing Jesus was going to suffer terribly, but He did it anyway. Thirty three years later God allowed Jesus to be crucified and God felt the pain of His son dying (before he rose three days later) so we could all go to Heaven. God felt the same kind of pain I did when I lost Austin. God understands my hurt and sadness.

Today, as I celebrate the birth of Jesus, I am thankful that, because of Him, I will see Austin again in Heaven. I don't know when this will be, but am looking forward to that day, when I can once again hear his voice, see his smile, and give him a huge hug. In the meantime, I will continue to enjoy the days (hopefully years) I have with my other two boys and husband, with my memories keeping Austin alive in my heart.

PS: Here is the link to the song, "Mary Did You Know". Enjoy! http://www.youtube.com/watch?v=07SQgt-Jmws&feature=related
Posted by Lori Narewski (Austin's Mom) at 10:13 PM No comments:

STRENGTH - What Is It?

During the months following Austin's death several people commented to me, "You are so strong." "I can't believe your strength. I don't think I could do it."

R: I remember when it was just Austin and me. Other mothers would state, "I don't think I could do it; I couldn't be a single mom." To which I would answer, "If you ended up in that situation, you would figure out a way to make it work. What other choice would you have?"

In regards to going on after losing a child I wonder, "What would I 'not do'? Would I not wake up every morning? Would I not be a mom to my other two sons, who still need a me? Would I stop living, even though I was still alive?" Perhaps that was/is an option, but not the one I chose. In fact, it was never even an option for me. In the days, weeks, and even at times the months, following Austin's death, there were mornings I would wake up and think, "I'm so tired, I could lay here all day." But after a few minutes I would be bored, thinking,"What use is this? If I lay here all day it isn't going to take away my sadness and pain, so I might as well get up."

Don't get me wrong, there were days that I got little or nothing accomplished. My mind couldn't focus on anything but missing Austin and I couldn't get out of my own way. There were times when I didn't answer the phone because I just couldn't talk, and then other times when the opposite happened, I needed to chat with a friend, I needed to be around people. There were tasks I couldn't bring myself to do for a very long time: painting, tending to my landscaping - other than the bare essentials, exercising (more on this in a later blog), reading, driving alone in the car without crying, and on and on the list goes. My energy level was much lower than normal and my ability to multi-task slowed substantially. But, I had to live, I had to go on, in whatever manner I was able to manage at each specific point in time.

To some this might sound like strength, but to me I was just doing what I had to do. I wonder, if instead of saying "I don't think I could do it," what they're really saying is, "I don't ever, ever want to have to endure that kind of loss. I can't imagine, I don't want to imagine what it's like, ever!"


"Some people think that to be strong is to never feel pain. In reality, the strongest people are the ones who feel it, understand it, and accept it." ~ A Breath of Fresh Air

Q: "What does it mean to be strong, especially when you lose a child?"

R: It's amazing, when we are put in situations that we never imagined being in, what we do to survive. Until you're there you have no idea how you will react. Traveling down the road of life there are tunnels no one wants to enter, because from the outside, looking in, they are so pitch-black you do not see how you'll ever survive the trip. You have no idea what you would or could do to make it through the dark, stormy tunnel. You don't know what's on the other side and cannot fathom  sunshine waiting for you at the other end.

I can tell you, today, that sometimes you're rammed into that scary, turbulent tunnel, like it or not. In the beginning you cannot see, even a glimpse of, light at the other end. You cannot turn back, though, so you keep moving along. Sometimes slow, sometimes fast, and sometimes you even come to a complete stop - due to construction or to get your bearings. You cannot stop for long, because everyday life keeps pushing (and sometimes pulling) you on. Before you know it, there's a little ray of light in front of you, peaking through the other end of the tunnel. As you continue your journey the light gets brighter and brighter, and you realize you're going to be OK. You're going to make it.

I think we often get confused about what strength means. When we see the word 'tough', in it's definition, we think we should never be sad, never cry, never get frustrated, never feel like quitting. But that's not true. I like the part of the definition that describes it as 'durability', because that better fits my situation. I am durable. I can make it, despite being sad, despite crying, despite getting frustrated, and wanting to yell, 'Stop the world I want to get off!' Being 'strong' means being able to acknowledge how you feel and being OK with it at that moment. It means being able to get your bearings, when your thrown for that upside down, inside out roller coaster ride, and figure out how to survive. It's seeing that the scars you're given can actually help you maneuver life's bumpy roads - potholes, detours, and all.

A few months after Austin's death, a friend sent me a bookmark with a beautiful saying, which truly sums up strength. The title is "You Are One of the Strongest Women I Know", but I think this applies to anyone who has fallen down and gotten up, who has faced life's trials and been made stronger. So, I have replaced the word "women" with "people". This goes out to all of mine and Austin's friends and family, who have walked the past 17-1/2 months with me...


You Are One of the Strongest People I Know!
~ Brenda Hager

Strong people are those who know the road ahead will be strewn with obstacles, but they still choose to walk it because it's the right one for them.

Strong people are those who make mistakes, who admit to them, learn from those failures, and then use that knowledge. They fail time and again, but still keep trying until they succeed.

Strong people face the daily trials of life, sometimes with a tear, but always with their heads held high as the new day dawns.

While typing the above quote I couldn't help but smile and think of Austin.... because this is how he dealt with life.... always ready to take on the new day - potholes and all!!! ...Usually with a smile!


Go take on the new dawn with your head held high! 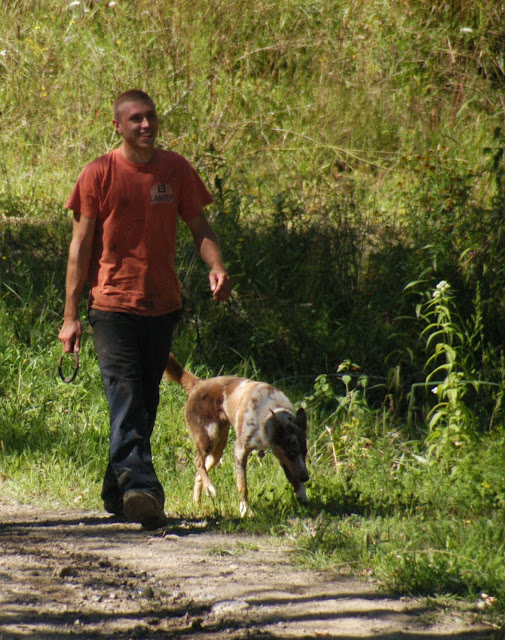 Posted by Lori Narewski (Austin's Mom) at 8:14 AM No comments: