"Every Who down in Whoville liked Christmas a lot, but the Grinch, who lived just north of Whoville - did not. The Grinch hated Christmas - the whole Christmas season. Now please don't ask why; no one quite knows the reason.... But I think that the most likely reason of all may have been that his heart was two sizes too small." - How the Grinch Stole Christmas, by Dr. Seuss


When Austin was 3 years old I remember reading to him How the Grinch Stole Christmas. When we got to the part about the Grinch stealing all the presents, Austin began sobbing. I did my best to reassure him that it would get better, but he wouldn't stop crying. He did not understand how the Grinch could be so cruel. I finished reading the book, figuring that would take care of it and Austin would soon be happy. But, for the next hour he cried and cried, because he felt so bad for the families whose presents were stolen, even though they did eventually get them back. Austin's heart was the exact opposite of being two sizes two small....even at 3 years old.

From a very young age I tried to teach Austin "there's always room for one more friend, to love one more person."

Looking around "The Remembering Austin Narewski" event, last Friday, I saw a beautiful reminder of how Austin always made room for "just one more person". I watched over 150 people who had been touched by Austin, one way or another... by his generous smile, easy laugh, friendly banter... all because he wasn't afraid to take a chance and befriend someone he just met. It didn't matter how old you were, what you did for work, who your other friends were, what kind of car you drove or house you lived in. He looked further and deeper than that, he looked at who you were as a person, an individual. He looked at your heart. And as he did, his heart got bigger and bigger and bigger.

One the most amazing things about our hearts is they grow and grow, but never run out of space. There is always room to love one more person. Austin was a beautiful example of this.... and still is. All I have to do is look around at all his beautiful friends!

Posted by Lori Narewski (Austin's Mom) at 3:48 PM No comments:

I am a big checker. As I finish a task, there is some odd pleasure I receive from checking it off my "to-do" list. Done. Complete. One more thing out of the way.

I have a confession to make, though. I love making "to-do" lists, but rarely follow them completely. Within an hour of making my list I'm usually detouring from it. But isn't that how life is? We know what we want to do, but then life happens and we must "recalculate".

Ohhh, but If only it were that easy. If only I could say, "There. Got through the year; a year of roller coaster emotions. Dealt with my feelings. Grieved. Now check it off my list. And let's move on!" But it's not that easy. The roller coaster will continue - but it will be a different ride. Not sure what it will be like. Some days may be bumpy, slow, loop-to-loop, "can't wait for the ride to be done", or even "let's do this day again, it was a good one".  I won't know until the day arrives. But one thing I do know, is that there will be others on the ride with me, experiencing it the same, yet differently. And just like last year brought tears and laughter, I know this year will do the same.

This ride I can't "check off" my list - it was never on it in the first place. So I guess I will just hang on and see where it takes me. After all, life is a highway! Join me, as I travel the journey life...

Posted by Lori Narewski (Austin's Mom) at 6:20 AM No comments:

Life is Full of Coincidences...Start to Finish!

co-in-ci-dence noun
the occurrence of events that happen at the same time by accident but seem to have connection.

When I was pregnant with Austin the song "You've Got a Friend" by James Taylor got me through lonely times.... For the past few months, every time I'm in the car, Rascal Flatt's song, "I Won't Let Go", comes on the radio - the message is basically the same as "You've Got a Friend".

Austin was born on the same day as my mom (on her 50th birthday).... Austin died on my sister-in-law's wedding anniversary. 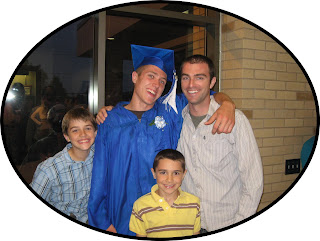 June 24, 2010 a little after 7am Austin was in a fatal motorcycle accident on his way to work.... September 24, 2010 a little after 7am a 17 year-old boy (in the town next to mine), was killed on a motorcycle on his way to school.... I have become friends with his mother. (We are now part of The Miss Your Smile Club, that neither of us ever wanted to be part of.)... A couple years before Austin's accident, on June 24th, a friend's nephew was killed in an accident.

A few weeks before Austin's accident he sent me a message, "I know you worry about me because you're my mom. But I want you to know, you don't need to." ...Hmmmm. 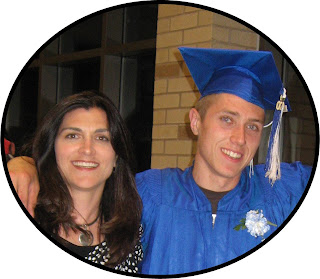 The name of Austin's electrical business was "Start to Finish".... Austin lived his life to the fullest...