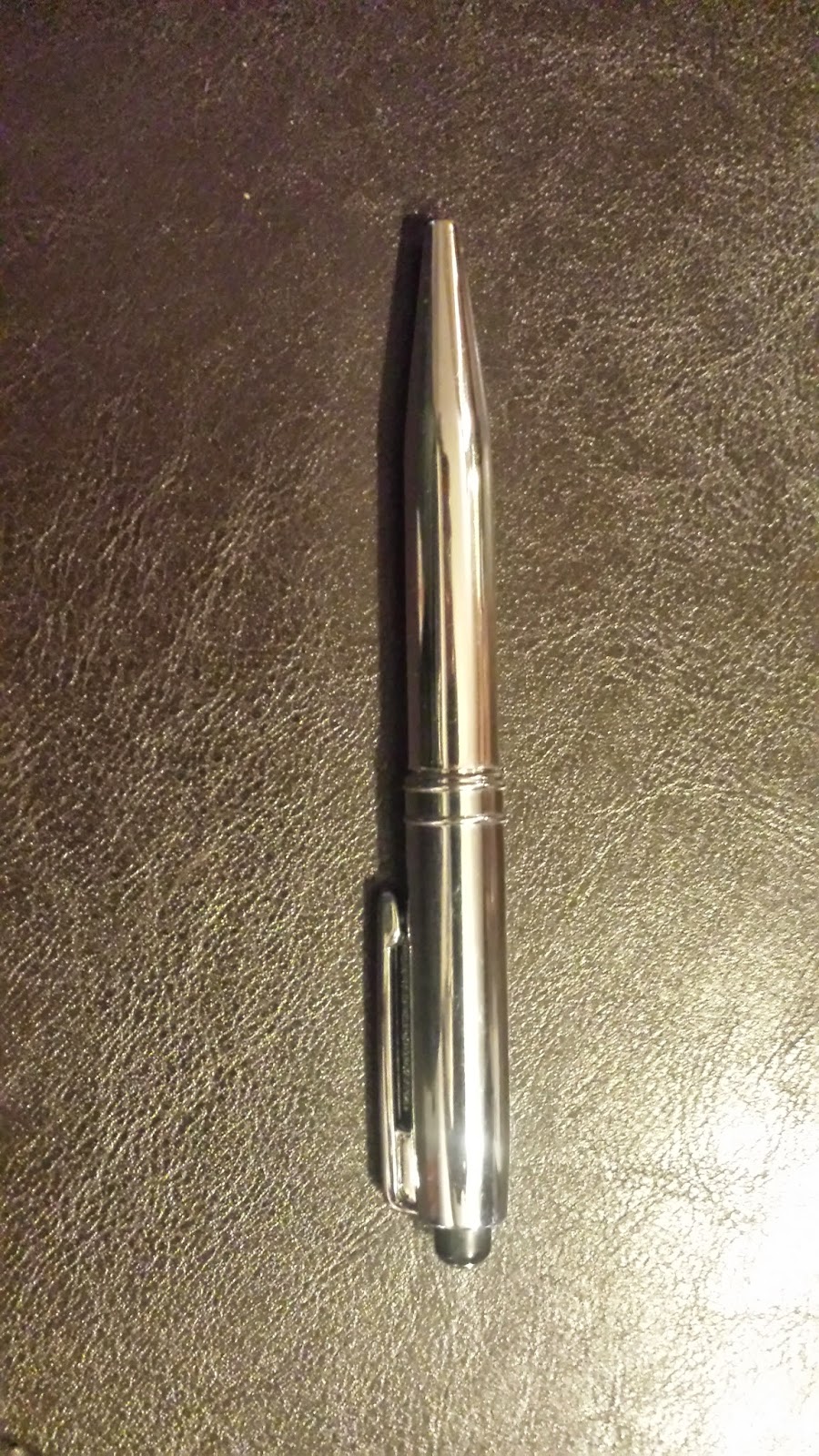 I have no idea why I can never find a pen. I buy a bunch of them, put them in the drawer, and they disappear. It's not like I find them laying around somewhere else, they are just gone. Well, sometimes I find twenty at the bottom of my purse, but then they disappear too. I either have enough to use a different pen every day of the year, or can't find a single one anywhere.

The other day I was sorting through one of Austin's boxes and found a mug with pens. I set it on our kitchen counter so I would think of Austin every time I grabbed a pen. Little did I know his favorite pen was in that mug. As I grabbed the pen and clicked the end to open it a memory flashed through my brain....

Austin loved playing tricks on people. He loved magic tricks and mischievous tricks. I've always found it a little more challenging to find stocking stuffers for the boys when they get older, but know I never go wrong with a little prankster type item. One year Austin received a shocking pen. The type that when you click the end to open it actually gives you a shock - kind of like the shock when you put your tongue on the end of a 9-volt battery. Not that I've ever actually done that. Well, ok, maybe once or twice. You have to check to make sure they're still working, don't you?

Austin loved the pen! He took it to school, excited to "share" it with his friends. Little did we know it would be considered a "dangerous" weapon. I can picture him now offering it to his friends in home room. I guess the teacher wasn't impressed and confiscated the pen. He sent it to the office, and soon after Austin was asked to visit the principal. Austin came home from school that afternoon not too happy that he'd lost his favorite pen. As he shared the story I was torn between being a responsible mom allowing him face the consequences and being the bad mom laughing at what happened. I took the middle road - outside I  responded, "I guess you now know the rules and know not to bring a shocking pen to school," while inside I was rolling in laughter picturing what went down....

According to Austin, he walked into the office. The secretary said to him, "The principal would like to see you about this." She held up the pen and pressed on the end. Zap! She was shocked.

Austin lost his pen to the school, which made it easy for me to know what to get for a stocking stuffer the next year - this time with strick instructions not to take it to school.

As I clicked the end of the pen and received the infamous "zap," I hollered out, then couldn't stop laughing. Austin got me again! Thank you for the memory and the laugh.

"For some, life lasts a short while, but the memories it holds last forever."